What is a Grand Slam in Baseball? How Often Does It Happen? 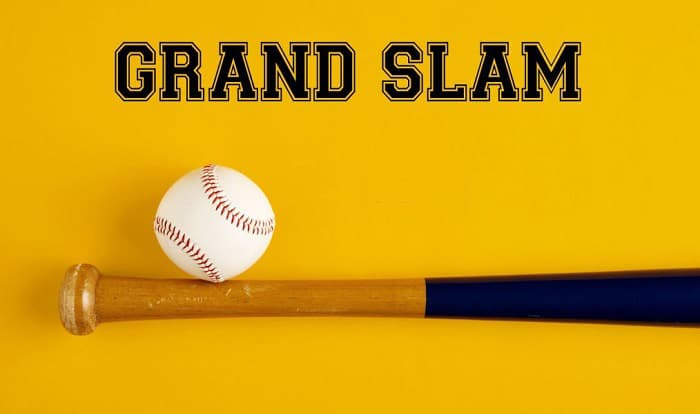 Baseball, like any other sport, is a game that challenges the limits of its players, physically and mentally. It is about scoring in a limited time, adhering to a set of rules, and facing the defense of the opposite team.

Despite the obstacles a player faces, many of them manage to score a grand slam. In 1881, Roger Connor, who played for the Troy Trojans, became the first MLB player ever to succeed at this. So, what is a grand slam in baseball? How impressive is it to manage one grand slam in a game? Read on to know.

How Does a Grand Slam Work in Baseball?

Merriam-Webster defines a baseball grand slam as a home run that is hit with the bases loaded.

For a new fan, such a definition probably raises more questions than answers. To explain in detail, let’s see the meaning of a home run and “bases loaded.”

A home run (HR) occurs when the batter hits the ball before circling multiple bases and then reaches the home plate in one play without being stopped. During that, the defensive team must not make any errors.

Bases loaded means the first, second, and third bases are all occupied by baserunners.

When a grand slam is scored, the player has already made four runs for the team, which is the highest possible runs in one play.

What is a Walk-off Grand Slam in Baseball? 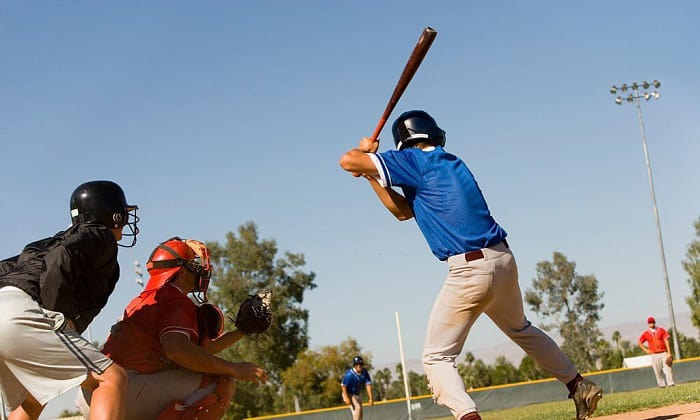 A walk-off grand slam is a walk-off home run with bases loaded. It will end the game immediately, hence the walk-off.

According to baseball statistics, there are over 250 walk-off grand slams in the MLB, counted from 1916 to now in regular seasons alone. In the World Series, this feat has only happened 16 times.

Where Did the Term Grand Slam Come From?

“Grand slam” was not used for baseball in the first place. It is believed to have been generated from the card game Bridge. The meaning doesn’t change much after adaptation though, as it describes the player winning all the tricks possible in one game.

Then, the term was used in golf before being adopted in other sports, including baseball.

If you notice other phrases such as “grand-slam home run,” “grand salami,” “baseball salami,” or “slam” shouted in a baseball game, they all refer to the grand slam we have been talking about.

How Often Do Grand Slams Happen in Baseball?

Scoring the most runs possible in one play is definitely not common in baseball games. You can look at this table that shows grand slam statistics league by league:

In the history of baseball, there have been only 13 players who ever managed to hit two grand slams in one game.

Tatis hits two grand slams in one inning vs. Dodgers

Why is a Grand Slam So Special?

A baseball grand slam is special because it is very difficult and rare. Besides the batter having to hit accurately to score a home run, he also must reach the home plate safely without being stopped.

Also, the offense team has to occupy the first, second, and third bases.

The time pressure, the exactness of the pitch and hit, and the position of the defense and offense teams are among the many factors contributing to a special grand slam.

What is the Difference Between a Grand Slam and a Home Run?

As stated above, all grand slams are home runs. But to score a grand slam, all the bases must be occupied, while a home run does not require all bases loaded.

Therefore, a grand slam will score four runs, while a home run can score one, two, or three runs.

How Many Points is a Grand Slam in Baseball?

Does Any Game Have Three Grand Slams?

You might be surprised to learn that there were three grand slam home runs in one game. They occurred during the match between The New York Yankees and the Oakland Athletics in August 2011.

Three players who hit the grand slams in that game were Curtis Granderson, Robinson Canó, and Russell Martin in separate innings.

Who Scored the Most Grand Slams in the Regular Season?

You might think legends like Babe Ruth and Hank Aron are the ones with the most grand slams in MLB history, but they actually tied with each other at 16.

The players with the most grand slam home runs were Alex Rodriguez, 25, followed by Lou Gehrig at 23. Next is the outfielder Manny Ramirez with 21 and Eddie Murray with 19.

What is a grand slam in baseball? You now know the answer to this question as well as other fun facts and impressive statistics about this baseball phenomenon.

Talking about a grand slam home run is not as exciting as witnessing it unfold in front of your eyes. You can visit Youtube to see all those fascinating hits. Or you can keep coming to baseball games; the chance is slim, but who knows, a legendary slam might occur.

There are some baseball-related articles you can refer to: