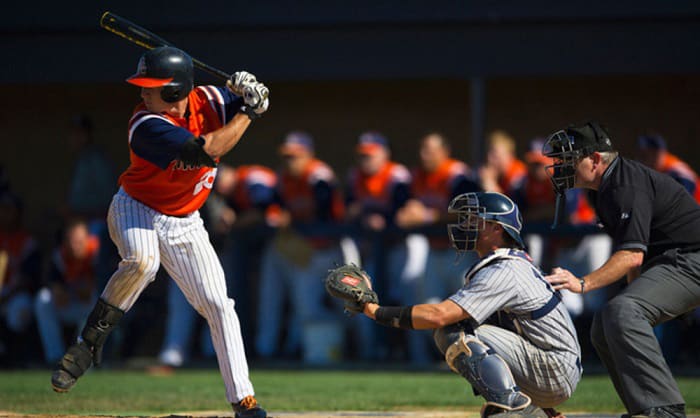 The first thing you should know about baseball is that it is played in innings. Baseball, like other sports that determine playing time in turns, allows teams to alternate between defense and offense in each inning.

So, how many innings are in a college baseball game? For your information, collegiate games typically last 9 innings, which is similar to a Major League game. However, there are variations due to rule updates and game conditions. Read on to know the details.

The National Collegiate Athletic Association (NCAA) dictates the number of innings in an official baseball game, which is 9 innings.

The question is, is college baseball 9 innings always the case? As expected, the answer is no, since when are baseball rules that simple?

Here’re some variations of inning counts in baseball games of different leagues and situations:

While the MLB has 9 innings in its doubleheader games, minor league and college league play 7 innings only. This rule for 7-inning doubleheaders is applicable to postseason games, too.

A doubleheader simply means two teams will have a rematch on the same day. Before 2021, both games would have 9 innings like any official one. The regulation was changed to 7 innings due to Covid and then reversed back to 9 once pandemic restrictions became less of a worry.

The number of innings in CWS will be the same as the official rules by NCAA, which are nine innings.

The most innings in a college World Series baseball game ever played were 15 innings. The two teams that made history were The Virginia Cavaliers and TCU Horned Frogs, who played for about 4 hours and 51 minutes.

If you’ve ever heard of the Southeastern Conference Baseball Tournament (SEC) or intended to watch it, you should know that these games between collegiate teams also last 9 innings.

There was only one special occasion where this rule did not apply. Because LSU’s Alex Box Stadium could not accommodate official 9-inning games due to severe rain, certain games in the 1991 tournament had to be shortened to seven innings.

What Are the Mercy Rules in College Baseball? 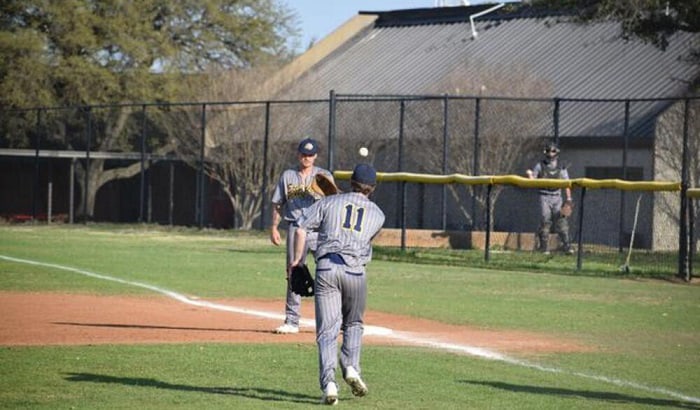 The game can be called in this circumstance, and the leading team wins without having to play the final two innings.

Here’re some of the usual circumstances where this rule is applicable for college baseball games: 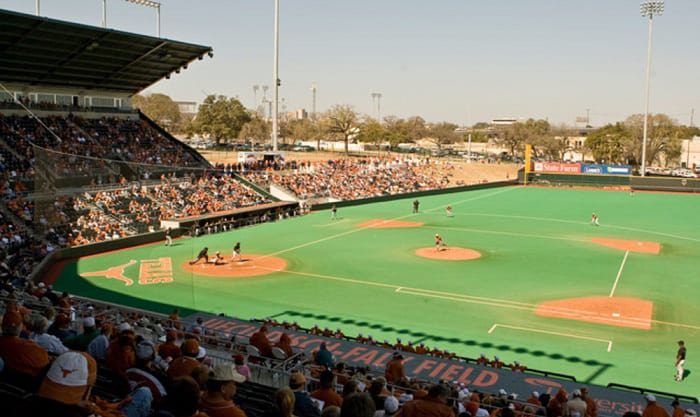 The answer is yes.

College baseball games, like Major League and minor league games, can go for indefinite innings. It means that if the final inning ends in a tie, the two teams can continue to play extra innings.

There is no regulation that limits the inning until the tie is broken; therefore, the two teams can play until one of them wins.

What is the Longest College Baseball Game?

In college baseball history, the record for the game with the most innings occurred in a tournament in 2021. Twenty-three innings were played in the game between the Sea Gulls and Southern Virginia, taking about 6 hours and a half. It is also the longest game in D3 college baseball.

The game between Boston College and Texas University in May 2009 is renowned as the Division I Championship’s longest college baseball game. It lasted 25 innings and took roughly 7 hours to determine the winner.

The impressive DII baseball league record belongs to a game between Omaha and Morningside with 19 innings. 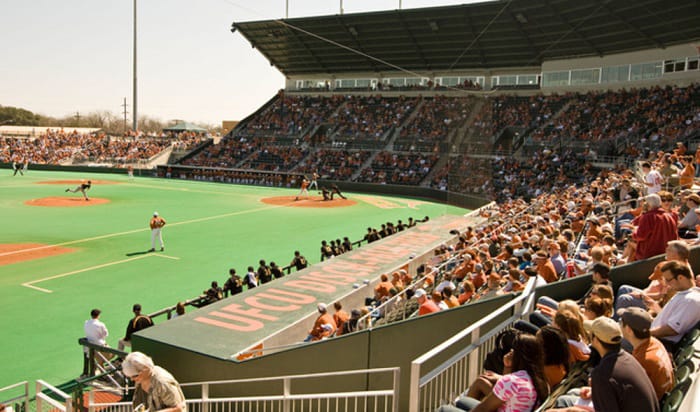 Are there 7 innings in college baseball?

Yes, there is. Doubleheaders are among the college games set for 7 innings. Moreover, there will be times when the Mercy Rule is applied and the game will be shortened to 7 or 5 innings.

How long is a college baseball game?

The college baseball game length depends on its set innings. Typically, a 9-inning game will be played over almost 3 hours, as one inning often lasts 20 minutes or so.

The average game time in college baseball regionals is about 3 hours and 20 minutes since they consist of 9 innings.

A game in college baseball playoffs also often has 9 innings. However, it takes around 5 hours to see a full collegiate baseball playoff game on TV if you follow extra pre-game and post-game shows. The average length of one of these games is 3 hours and 30 minutes, making them slightly longer than a regular season game.

How many innings are in a typical college game?

In one college baseball game, there are typically 9 innings. However, if the two teams have a rematch on the same day, both of their games will have 7 innings.

Hopefully, now, you have the complete answer to the question, ‘how many innings are in a college baseball game?’ There can be variations, depending on the leagues and the unique circumstances. However, the NCCA encourages collegiate teams to play a game of 9 innings.

Therefore, if you plan to watch a game on TV or at the stadium, clear your schedule, buy enough snacks, and enjoy!