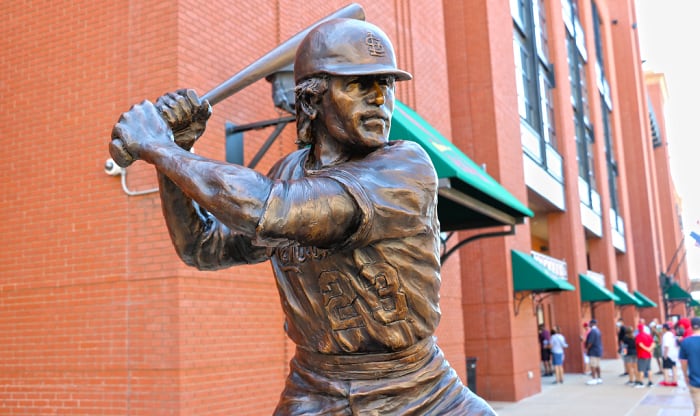 Oftentimes, legends in different fields are honored with sculptures built in their hometown. It’s mostly the same for iconic baseball sluggers. The artwork can become a destination for fans and tourists who come there to see famous figures sculpted in stone.

So, where do you find sculptures of great baseball sluggers? Just look up the player’s hometowns, and their statues are probably located in malls, baseball stadiums, stations, and other public places.

Find the Location of Sculptures of Great Baseball Sluggers 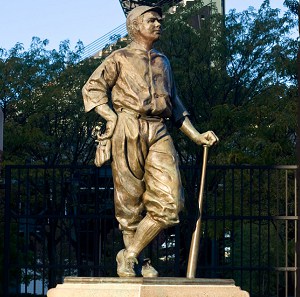 You are probably here for the greatest of all times. In fact, the legendary player’s slugging skill was so epic that people use his last name as an adjective. You might encounter the word “Ruthian,” describing a long homerun’s flight.

His sculpture is called Babe’s Dream, which depicts his young and fierce self, crafted by artist Susan Luery. The statue is owned by the Maryland Stadium Authority. 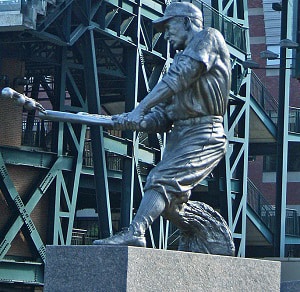 The pride of Sudlersville is an iconic right-handed slugger. His record speaks for itself, as he was the first hitter and baseball player to have three Most Valuable Player Awards.

You can find his bronze sculpture when visiting the Town of Sudlersville, Marylands. It was the work of artist Ken Herlihy. 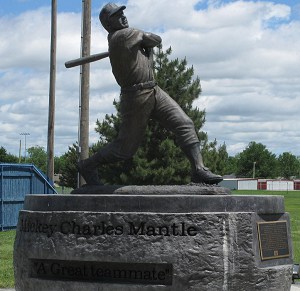 The famous slugger of Oklahoma is one of the most loyal and best players of the New York Yankees. He was also a member of the 500 Home Runs Club like Babe Ruth and Jimmie Foxx.

Statistics recorded throughout his career earned him the reputation of one of the most prolific switch hitters.

His statue was designed by Nick Calcagno and erected in 2010 in Commerce, Oklahoma. You can go see this 9-foot-tall sculpture of the legendary slugger when visiting the city. 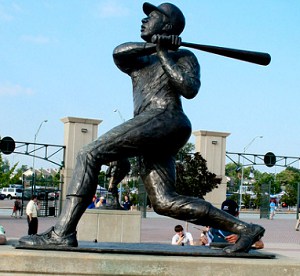 Hank Aaron has 25 All-Star Games selections, the highest record among Major League players. Throughout his impressive career, he had scored a total of 755 home runs.

If you want to visit this legend’s bronze statue, take a trip to Atlanta and go to Turner Field. This sculpture is the work of artist Ed Dwight Junior, unveiled in 1982. 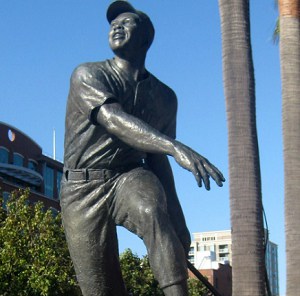 You can check out the street view of Oracle Park via Google Map here!

If you dig in the baseball record of this MLB slugger, you can see his 24 selections from All-Star Games, only one short of being the most-chosen player.

In 1971, he hit home runs in four games in a row, earning him the record that took 27 years for another slugger (Mark McGwire) to achieve.

This famous statue of him was created by William Behrends. It is more than 8 feet tall, made of bronze, showcasing his stance for a swing. 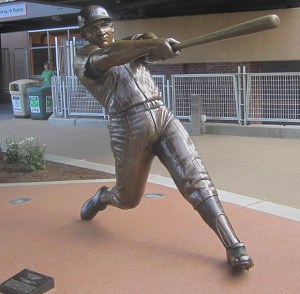 Every legend has a statue to celebrate an incredible career and influence, proving human’s ability to break limits in sports. And Harmon Killebrew is among them, as he is the first slugger ever to hit a home run over Tiger Stadium’s left-field roof.

You can go to the Minnesota Twins ballpark to see the bronze statue of him making a beautiful hit. In the work of sculptor Bill Mack depicting “The Killer”, his strength is visible, truly a force to reckon with.

Here’s the List of Some More Iconic Sluggers’ Sculptures 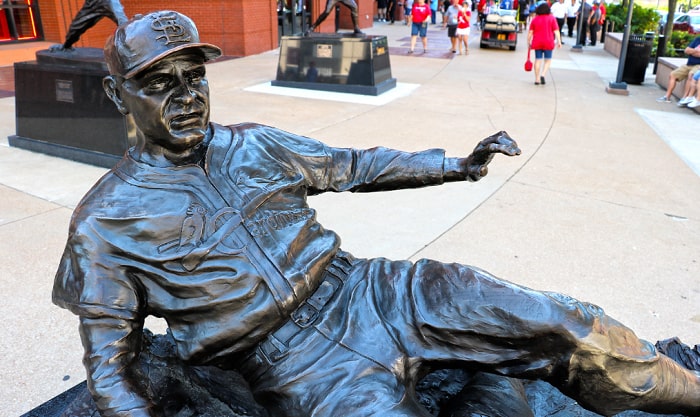 So, where do you find sculptures of great baseball sluggers? A quick look at the list above will point you to the right place to visit your heroes.

If they are not on the list, you can quickly search the name, and the result can lead you to a memorable trip to (highly likely) the hometown of the legendary slugger.

How Many Stitches Are on a Baseball? Here is the Answer!