How Many Stitches Are on a Baseball? Here is the Answer!

There are so many details in modern baseball that fascinate even loyal baseball fans. So if you are new to this popular game, probably one of the “superstars” in sports, you might be curious about all different kinds of things.

Suppose you want to know “how many stitches are on a baseball?” In that case, a quick answer for you is 216 single stitches or 108 double stitches. Read on to get more interesting facts about one of the most critical items in a standard baseball game.

How Many Seams Are on a Baseball? 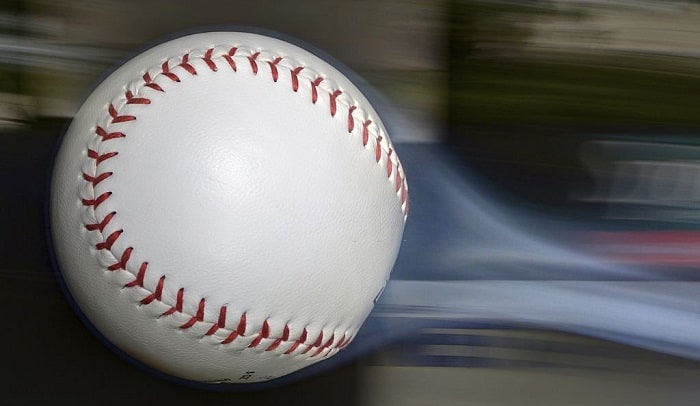 The red stitching lines allow you to recognize the baseball right away, as such decoration sets it apart from that of other sports.

As mentioned above, 216 stiches are on a baseball. But if you try to count them, you might not see the first and last stitches since they are hidden.

If you hear somewhere about figure 108, it’s actually the number of double stitches on a baseball.

How Many Stitches on MLB Baseball? 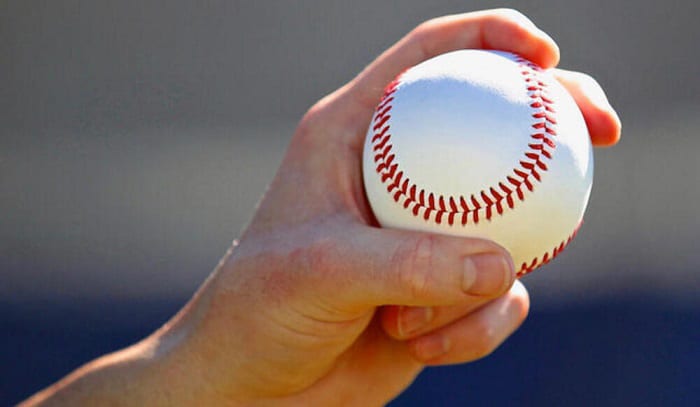 In official games, including Major Leagues and World Series, the number of stitches is the same, 216 when counting single seams and 108 when counting the doubles.

In a Major League baseball, these red stitches are also called virgules. As you touch the ball, you can feel the raised stitches.

A baseball player makes good use of these stitches to change his pitch, altering the trajectory, the spin, or the drop of the ball as necessary.

So, it’s not just about decoration; the baseball stitching is an important factor that shows the pitchers’ skills in professional baseball games. 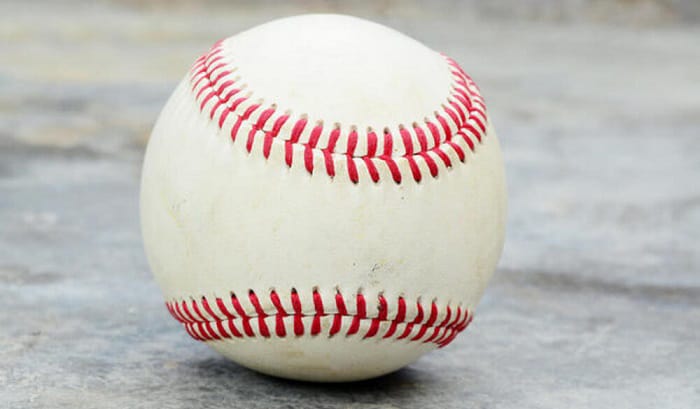 1. Do the number of stitches affect the performance?

The number of stitches in a baseball does have an impact on the game, as puzzling as it might sound. Let’s talk about the air drag and the Magnus effect that help us see the importance of this number.

Therefore, when following this law, the ball is constructed to take into consideration wind speed, dimensionality, mass, and the number of stitches.

Therefore, it affects the trajectory of the ball when pitchers throw the ball differently. In other words, players can use this to adjust their spin and curves according to their tactics.

2. What are the purposes of these stitches?

Let’s forget about the complicated physics laws for a minute. How about we get into how these seams are important for players, especially baseball pitchers.

You might be aware that there are multiple ways to grip and throw a baseball. For instance, the common method is called four-seam, where you put the index finger and the middle fingertips across the baseball’s perpendicular stitches.

There are also two-seam, circle change-up, curveball, and other methods with seams as guidance for orientation. Then, players can throw the ball with the spin and trajectory that they want using those stitches.

So, it’s no coincidence that the league-wide standard requires the exact number of stitches for their official MLB baseballs.

The game would be very different without the red thread on the official baseball ball. It is because such a seam provides a better grip for pitchers, allowing them to apply comfortable pressure on the ball through their glove.

Furthermore, baseball stitches red seams are there because they are essential to the ball’s construction. In detail, they fasten the coating of cowhide leather around the rubber inner cork (rubber core or rubber center).

Thanks to these red baseball seams, the ball can bounce and handle force the way it does.

In other words, the stitching process creates the finishing yarn, holding all the layers of the ball together. Only with such a design can there be league-quality baseballs that get thrown and hit back and forth without breaking.

The red wool yarn hand sewn on these balls also plays an important role in their ability to cut through the thick mass of the infield dirt. It helps the ball fly in the air as quickly as possible when leaving the pitcher’s hand.

These abilities can be found in new baseballs, as manufacturers use computerized winding machines to perfect the design of these stitches.

3. Are baseballs still stitched by hand?

To many’s surprises, these double-stitched balls are not entirely mass-produced by a rolling machine. They are hand stitched by workers, taking about 10 minutes for each one.

Then, there is a flattening process for the hand-sewing seams, which takes about 15 seconds max.

Afterward, stamping the trademark and drying the ball for about a week will be the final steps.

4. Why are the baseball stitches red?

The waxed red thread on American League baseballs helps players notice the ball flying better due to its bright and accent shade.

Furthermore, during the hand stitching process, the red yarn also allows easy sewing due to its red color on the white ball background.

So, the contrast of red to the greenfield and white leather is the key here.

How many stitches are on a softball?

Softball, on the other hand, only has 88 stitches. Those are also sewn by hand. When producing these softballs, cotton threads are used for the stitching. It takes around a 12-foot thread to sew a standard-sized softball.

5. Who are the official baseball manufacturers?

The official baseball manufacturer for Major League Baseball balls is Rawlings Sporting Goods located in Costa Rica. All the official balls produced for official games are from this one company.

Many baseball fans do not know the exact number of stitches on the ball because they might think it does not matter. But everything about the ball, from its cushion cork, to the cowhide covering, and all the red stitches, is essential in making the game what it is.

So, to answer the question “how many stitches are on a baseball?”, you can now say 216 loud and clear. You also have information about the importance of these seemingly trivial details that carry a huge impact. How fascinating is that!

How Many Baseball Gloves Can Be Made From One Cow?