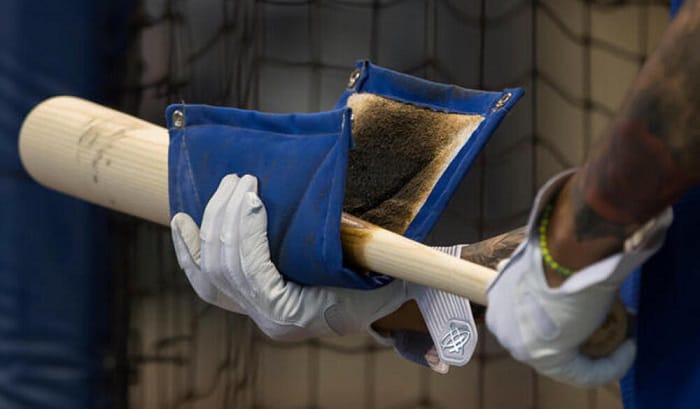 Baseball is not just a game of statistics; it’s also a game of traditions and various tactics. That’s why we often hear about weird things going on before or during a baseball game that rarely happens in other sports. Using pine tar is among those.

For your information, pine tar mostly contains tar bases and tar acids, formulated for preserving and sealing materials. So, why do baseball players use pine tar? Actually, hitters and catchers often use it to have a better grip.

What Does Pine Tar Do in Baseball? 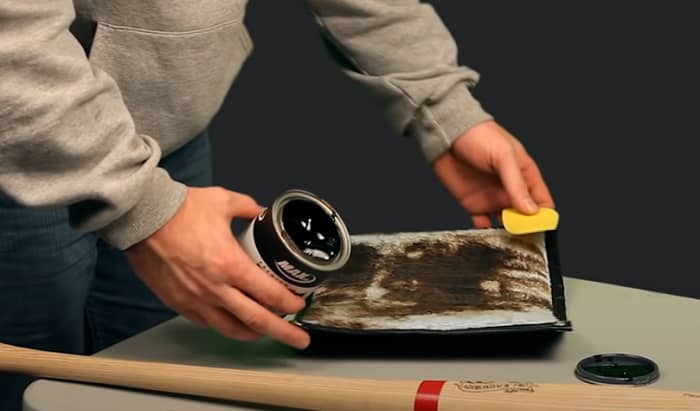 Pine tar is tacky, meaning it helps increase contact and prevent slippage when used on certain surfaces. When applied in a moderate amount, the substance can offer a good grip.

Pine tar for baseball makes use of these properties, as it works for various purposes for players. This substance often comes in the form of a cream stick, allowing easy application on bats, hands, and even uniforms.

Here’re some of the best uses of pine tar:

This sticky substance was used often in baseball games, even in Major League, yet kept a secret for a long time before getting banned.

So, how could pine tar help a pitcher?

Actually, pitchers use pine tar on their hands or balls, allowing them to grip the baseball better. When they throw the ball, it leaves their hands at a faster speed and with nastier spinning.

As you might anticipate, pine tar or any sticky substances used on the pitcher helps them have the upper hand over hitters.

Batters, on the other hand, want to have better control over their swing. Therefore, they apply the sticky pine tar to their bats.

With a good grip, they can hit the ball without putting too much pressure on their hold. As hitters are relaxed and in control, there is more pop in the bat’s contact with the ball in a calculated swing.

More importantly, some thin layers of pine tar help a batter worry less about the bat slipping from their hand and knocking someone out.

Indeed, with the intense speed of a professional’s swing, it can cause some severe damage. But with this magical tacky substance, we can ensure good safety on the field.

If you’re in doubt about this sealant’s effectiveness, look up the Pine Tar incident, when George Brett scored a home run for the Kansas City Royals.

It turned out Brett was using pine tar on his bat, and this achievement was naturally invalidated, giving the Yankees a win.

Among all the items pine tar used for in baseball, application on a catcher’s uniform might sound strange to most.

Actually, it’s not very common, but some catchers want their shin guards to grip better, thus explaining the addition of this sticky substance before the game.

What Are the Rules of Using Pine Tar in Baseball?

Since pine tar provides so many advantages for players in the game, directly affecting the performance, many consider it a form of cheating.

Therefore, there are official rules applied for the use of pine tar in baseball.

1. Pine tar illegal in baseball when used for pitchers

Rule 8.02 (b) indicates that pitchers cannot have anything applied to their fingers, wrists, or hands during the games. When any foreign substances, including pine tar, is detected by the umpire, pitchers will not be allowed to pitch.

Furthermore, rule 3.01 and 3.02 also mention the illegal use of any discoloration and damaging substances. Players, in this case, mostly pitchers, are not allowed to rub things like pine tar, sandpaper, soil, rosin, and more, on the ball.

So, application of pine tar baseball pitcher is no longer legal during games. You should not attempt to use this substance to have an advantage.

Unlike pitchers, hitters are allowed to apply pine tar on their bats. Still, they also have to follow the rules to ensure the advantage they have in their performance and technique is not more than other players’.

In detail, rule 3.02(c) dictates the limit length of pine tar on a bat is 18 inches, starting from the bat’s end.

It goes without saying that bats with pine tar (or any substances for grip improvement) longer than 18 inches are not allowed, and can be removed before and during the game.

Furthermore, the umpire cannot take out a batter or nullify any action during the game if the use of the bat is already accepted before the game. 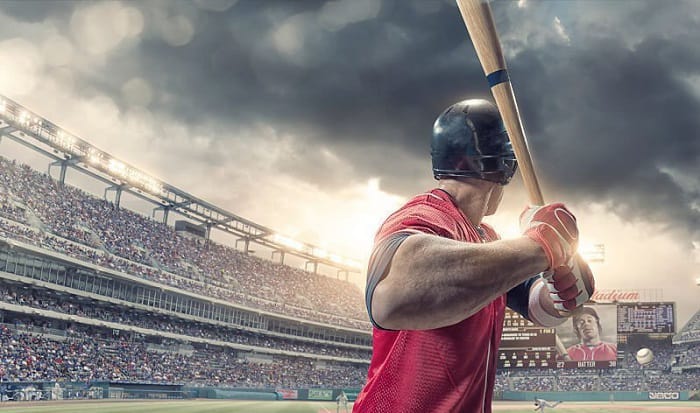 1. Can baseball players use pine tar on their gloves?

However, you cannot put pine tar on gloves for fielding. It will become a baseball pitcher cheating issue if pine tar is found on their gloves.

2. Why do baseball players put pine tar on their helmets?

Actually, players do not put pine tar or any sticky substances on their helmets. If you see some dark-colored substance there, it must be soil or some pine tar on the bat or gloves accidentally getting on the headwear.

So, now that you have the answer to “why do baseball players use pine tar?” you know the rules and their benefits in the games.

Every player is there to prove something, and indeed to win, but they have to do it in a fair manner and not be too dependent on enhancers like pine tar. That’s where the rules come in to regulate the game.

Have fun at your next one!